Dellinger is a combatant and an officer of the Donquixote Pirates' Diamante Army. He is a hybrid between a human and a fighting fish fishman

Dellinger was born to a female human and fighting fish Fishman Dellinger and has been a member of the Donquixote Pirates since he was a newborn infant, having been abandoned at birth and found by the family and raised by Jora. The crew was once based in the North Blue at a port town called Spider Miles. After Law had been with the crew for about a week, Dellinger was seen sitting on Jora's lap drinking milk out of a bottle while the crew was dining together. When Doflamingo slammed his hand on the table in frustration after Jora wrongly stated that Law's sickness was contagious, Dellinger threw his hands up and started crying.

As a member of the crew and youngest known member he is above all else loyal to the crew as he has been a member almost his entire life since he was found as a baby. As such he sees them as his true family and believes everything he does is for the benefit of it.

Dellinger is as person of a fighting fish fishman descent. As a member of the Donquixote Pirates he is a powerful foe. And was well known in the Dressrosa coliseum where he was consider one of it's best fighters. It's said that when the four officers of the Diamante Army enter the tournament, they've got a 100% chance of victory. Having been pirate since he was a infant Delinger used to battle.

He defeated Bellamy a older pirate worth 195,000,000 Berries and without effort, he also easily defeated, Suleiman, Ideo, Blue Gilly and Dagma. He was only defeated by Cavendish thanks to the latter's Hakuba form.

During the war he was able hold his own agianst Elfman Strauss before being defated by the latter and was able to defeat Kurotsuchi with ease.

Pistol High Heel (ピストルハイヒール Pisutoru Hai Hīru?): Dellinger rushes towards to his enemy and kicking him with force while wearing high heeled shoes. It is powerful enough to hurt even super-weighted humans. It is first used accidentally on Machvise.

Danto High Heel (断頭ハイヒール Dantō Hai Hīru?, literally meaning "Decapitation High Heel"): Dellinger charges at his enemy and unleashes a hard kick to the neck, potentially strong enough to cut an opponent's head off given its name. It is first used against Blue Gilly and is powerful enough to take him out in one blow. 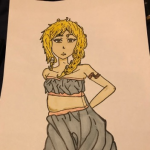 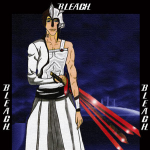